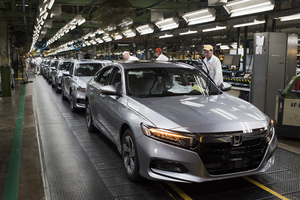 Honda will stop second-shift production on one assembly line at its flagship Marysville, Ohio, complex in August so the factory can be refurbished and retooled to make electrified vehicles. No layoffs are planned.