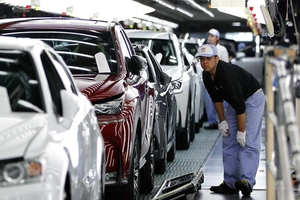 Toyota will produce the Lexus NX crossover and a three-row version of the luxury brand’s top-selling RX crossover at a plant in Cambridge, Ontario, starting in 2022, Bloomberg reported.